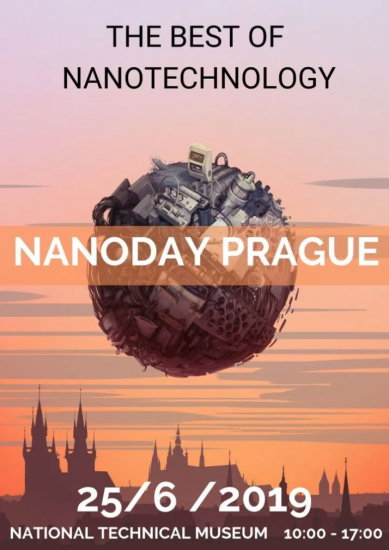 ‘Czech is nano’ is a project in the Czech Republic to popularizes the advanced work of Czech scientists and researchers, and demonstrates this with a vast selection of inventions and everyday applications of nanotechnology.

Every year the Czech government organizes the Nano Days in the most important cities of the Czech Republic Technology Centre CAS and other partners were invited to co-organize this event in Prague.

A large number of scientific institutes open their doors to show people and to tell about their research and discoveries.

TC CAS showed the GoNano project during this event to explain how the needs and values of citizens can be integrated into new developments in nanotechnologies.

TC CAS was also invited by the Czech Radio to give an interview about the GoNano project.
Lenka Hebáková was interviewed by Petr Kološ as one of the interviewees for a series of interviews on nanotechnologies.
Listen to this talk (Czech only)