Spanish citizens offer their views on nanotechnology and energy

Finally, after months of preparation, GoNano partners got their chance to interact with the general public and discuss key issues related to nanotechnology research. The focus was thematically different for each of the three pilot partners running the workshops: Energy, in Spain; Food, in the Czech Republic; and Health, in The Netherlands. The partners at RMIT Europe hosted the Spanish event at their offices in Barcelona and it was widely regarded as a huge success.

“The workshop surpassed my expectations. It was well organised, well attended, had a nice atmosphere and all necessary conveniences. It was enjoyable and dynamic. I congratulate you all. I will follow the project.”
[workshop participant]

“I had a great time and enjoyed the experience of the workshop. The food was fantastic. I left the building with a lot of information.”
[workshop participant]

Participants were first introduced to the general topic of nanotechnology, which was unfamiliar to many of them; however, Jordi Diaz of the Centre of Science and Technology at the University of Barcelona (CCiT-UB) did an excellent job of making the complex terminology and concepts easy to understand. With the participants warmed up and excited to get started, the first round of debates offered up some dynamic discussions about potential applications of nanotechnology in the energy sector. Participants were asked to share their opinions on nanotechnology applications in the areas of green energy production, portable energy devices, and energy in the home. Something that came across quite clearly was that sustainability, the environment and energy autonomy are important to members of the public when thinking about applications of nanotechnology for energy, and quite possibly technology developments in general.

“[I like] The possibility to generate one’s own energy and become autonomous, or at least less dependent on the grid system.”
workshop participant 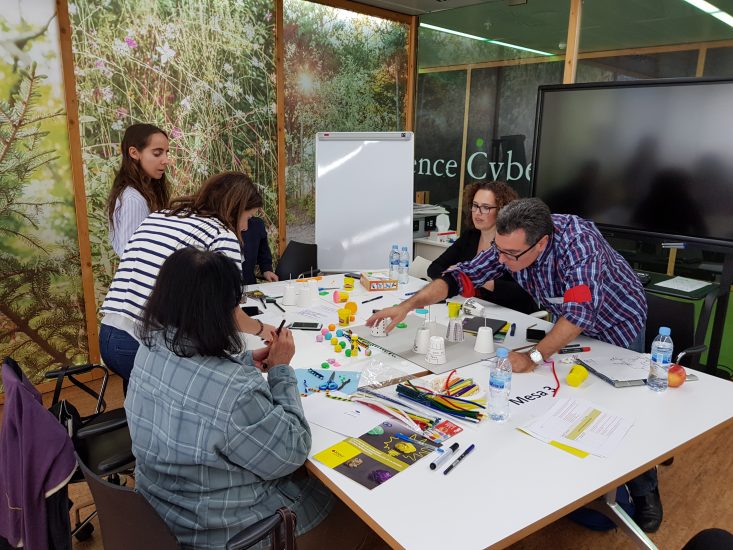 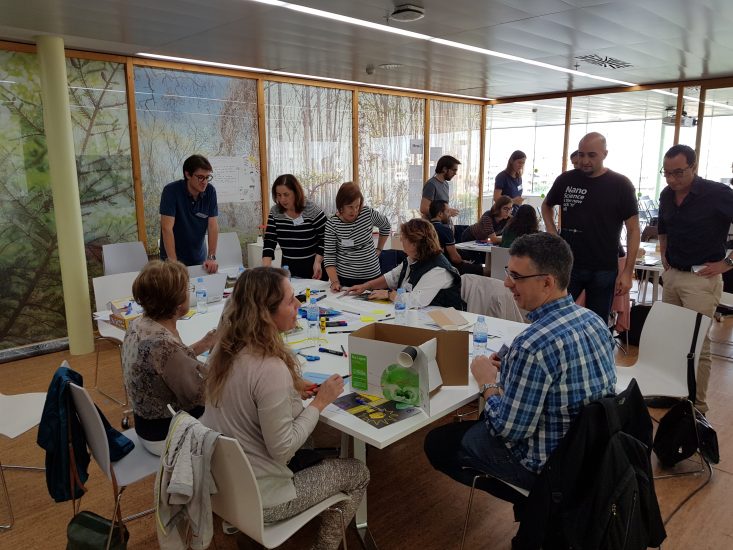 The second part of the day was designed to give the participants the chance to utilise their creative talents and inventiveness to express their wishes for future nanotechnology products and research lines. It was very interesting to see how people’s ideas and values were discussed and then transformed into the descriptive posters and 3D models. The exhibition of these “masterpieces” led to the final voting session where the entire group of citizens elected their favourite concept, a piezoelectric material (a material that generates electricity upon compression or movement) that can be applied to multiple surfaces and locations. Some of the other more popular ideas included a portable energy and water regulator, a photo-active sun blind, and a network of renewable energy platforms. 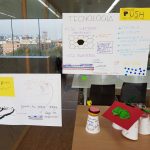 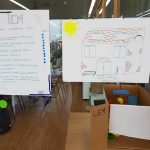 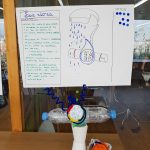 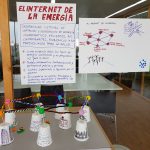 In the final session, the participants wrote messages to the developers of nanotechnology, communicating their individual and collective opinions about what they feel is important and should be considered when developing such technologies in the future. Safety, the environment, and equality were some of the themes that frequently appeared.

“[There should be] Parallel studies that evaluate the safety of the product under development, and not only for the near future, but for the medium and long-term as well.”
workshop participant

The day ended with a mutual round of applause in appreciation of the contributions from both the organisers and the participants; who all left with a smile on their faces, not only due to having received their thank you gift vouchers, but due to a genuine sense of involvement and belief that their contributions throughout the day will have an effect on how nanotechnology is researched and developed in the future.