This working paperpresents the design and outcomes of the first round of stakeholder workshops organised in the Netherlands, the Czech Republic and Spain. 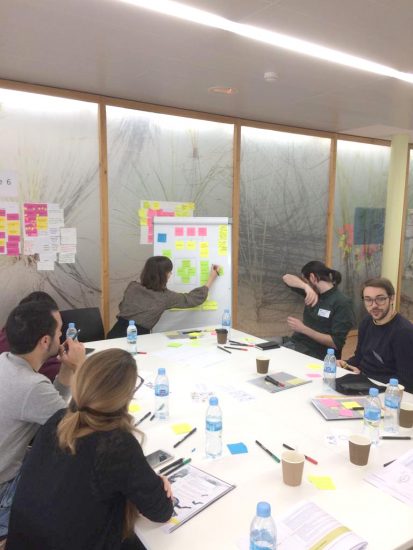 The GoNano project is built on the assumption that several types of knowledge are needed to define sustainability, acceptability, and desirability of nanotechnologies. To test this hypothesis, GoNano explores opportunities and barriers for co-creation in different thematic areas (Health, Food and Energy), combining face-to-face citizen engagement, stakeholder workshops and online consultations.

This report is about the first stakeholder workshop organised in the pilot countries in February and March 2019. The aim the workshops was to explore opportunities and barriers for co-creation in the three thematic areas As can be read in the full report, the first stakeholder workshop intergrated the lessons learned in the first exploratory stages of the project and the citizen workshops. Workshop findings point to new opportunities for enabling co-creation between different stakeholders, but also suggest new barriers.

Read the full GoNano report- D4.2 – Working paper on the designs and outcomes of the first stakeholder workshops.

Summary of the report

Collectively, the workshops have mobilized almost one hundred stakeholders around co-creation in nanotechnologies. The events provided productive spaces for engagement and mutual learning between a wide range of stakeholders: researchers, producers, policy makers, civil society and citizens. The workshop discussions gave rise to interesting suggestions: in the diabetes workshop at UT, citizens’ concerns about the ownership of medical data sparked a discussion about data management, highlighting considerations that might be of use to the product developer in further developing a data management plan.

In the sensor workshop, interactions with envisaged future users of a biomedical sensor raised the researcher’s awareness of the performance criteria that will determine adoption of the sensor. These examples suggest that ‘exposure’ to use considerations further down the line can attune research design to future use contexts.

Looking at the learning objectives for the stakeholder workshops, the results suggest that the workshops succeeded in raising awareness with stakeholders that the early consideration of the needs and values of citizens and societal stakeholders can add value to innovation in nanotechnologies. But the workshop findings also point to barriers for co-creation. It proved difficult to connect the input from the citizens to the research agendas and concerns of the professional stakeholders. The findings suggest that there is a trade-off between inclusiveness and specificity: the decision to treat all stakeholder perspectives on an equal footing for reasons of inclusiveness may come at the cost of a clear action perspective. Conversely, the choice of one particular action perspective to enable specificity is – by definition – partial and exclusive.

These observations reconfirm the complexity of the GoNano co-creation process as a whole: it is far from self-evident how broader societal considerations can be applied meaningfully to research and innovation practice. It requires insight in the individual, day-to-day decisions being taken in nanotechnology research and innovation (and respect for the limited room for manoeuvre at that level); a deep understanding of public perceptions of, and attitudes towards, nanotechnologies; a process that allows participants to build a relationship and develop a shared language in which their contribution to the problems at hand can be meaningfully expressed; and above all, the capacity to ‘translate’ needs and concerns from the social realm to practical options in the technological realm in real time.

This is a tall order indeed, but it is exactly what needs to happen to realise the policy prescriptions underlying the notion of Responsible Research and Innovation and the Science in Society-movement in general: “to encourage actors in their own disciplines and fields to participate in developing Science in Society perspectives from the very beginning of the conception of their activities.”